You are here: Home / About Us / Meet Chad 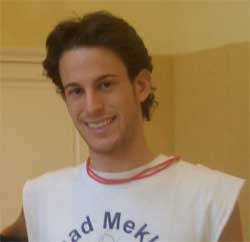 Chad graduated with a BSBA in marketing from the University of Delaware. Prior to graduation, Chad was Captain of the Dwight-Englewood basketball and tennis high school teams and led both teams to Bergen County Team of the Year honors.

Chad formerly served as the Director of Children’s Activities for the Cal Ripken Jr. Baseball Fantasy Camps in Scottsdale, Arizona, and Palm Beach, Florida. He is also affiliated with Camps Laurel and Laurel South in Maine, and Camp Woodmont in New York, as an outside special events coordinator. Chad has coached all grade levels in many town programs at the Travel and Recreation Level. He also volunteered for the JCC on the Palisades, coaching various teams, including the 2003 Maccabi Games team.

Chad is an active member of the National Youth Sports Coaches Association. He also attends DC Premier Coaches Clinics. CMEK is a member of the New Jersey district of the Amateur Athletic Union. He is a National AAU member with a certification in coaching.

Chad is interested in the physical and emotional development of each CMEK athlete. He helps and encourages them to achieve their individual goals to succeed at home, school and in sports. Chad maintains a certification of First Aid through the American Health Care Academy. CMEK, founded in 1997, is a fully insured member of the AM Skier family of Camps and Programs.

Get updates straight to your inbox